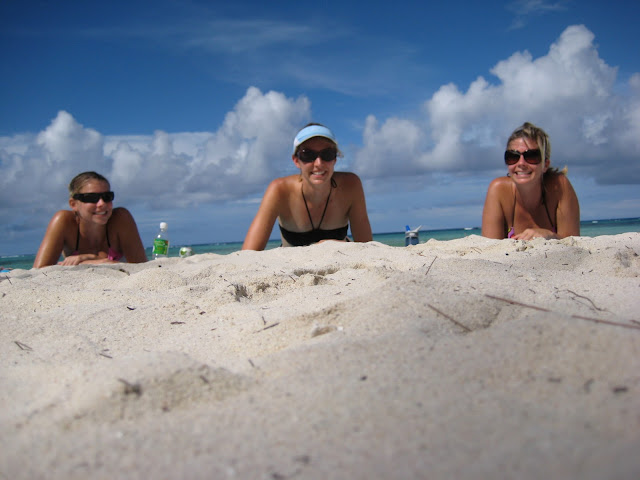 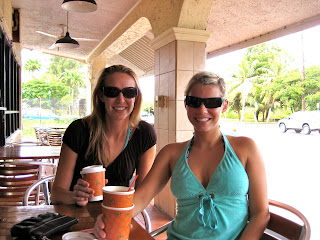 I'm not sure how to summarize the last day of our trip. Whimsical exploration? Farm animal tour of Saipan? The day started off slow as we woke up to typhoon-looking skies. From our hotel balcony, we could see nothing but dark, gray thick clouds that were still sprinkling from the night before. We decided to hit the ground running and found a really cute coffee shop to get us started. While sipping our lattes we noticed a gradual transition from doomsday to cloudy day to getting-hot cloudy day. Finally, small patches of blue sky emerged (!). Our first stop post-caffeine was a view of the northwest tip of the island. Looking out to the coast were beautiful cliffs where waves surged over sea-level rock ledges.
One thing I knew about Saipan was that it was rich in World War II history. Some of the biggest battles in the Pacific were fought here. The Enola Gay, armed with a war-ending atomic bomb, took off for Hiroshima from a runway on Tinian island, which you can see from Saipan's south shore. All over the island are remnants of tanks, guns, and military bases. 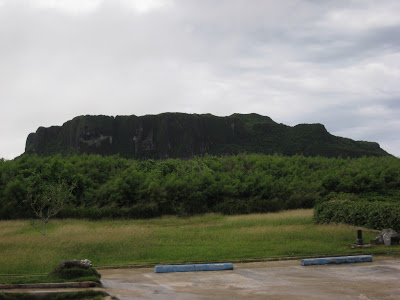 Looking inland we had a perfect view of the Kamakaze Cliffs, or Suicide Cliffs. I'm still a little fuzzy on how everything went down here, but did learn that these cliffs are where Japanese soldiers jumped to their deaths once the Americans took over the island. They thought the Americans were going to torture them in prison camps, so they decided it would be better to jump than endure that fate. Sadly, they also convinced many of the local indigenous population to jump, so whole families were seen holding hands, stepping off the cliffside. Pretty unfathomable to picture.

The next stop on our island tour was out to the gorgeous overlook of Bird Island. This places definitely makes you feel like you're on vacation. 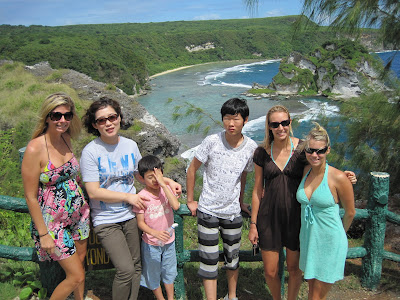 This random Japanese family insisted on getting a picture with us, so naturally we got one with them too. We are guessing it's because we are blond? 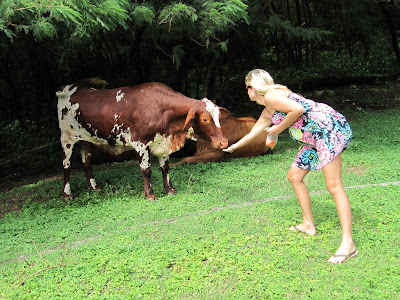 Oh the cows - We ran into a ridiculous number of cows on our drive up to the top of the suicide cliffs. Some people in our party happened to be animal lovers, so we had to stop. (We also had to stop for goats and mangy dogs at various points on the drive). 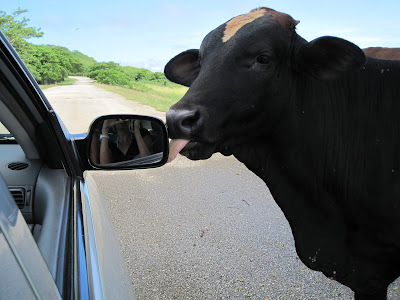 At one point the cows were right by the road, and some people in the car insisted on stopping to try to feed them. We weren't expecting the cows to come up to the car like this, and I happened to catch the whole encounter on video.
The only thing we had to offer was carrots, which we soon realized cows in Saipan do not eat carrots.


Kate apologizes for her potty mouth. Gonna have to fix that before baby comes! 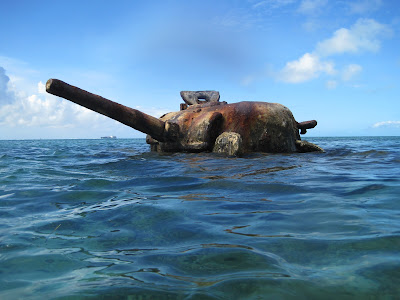 We left the cows to their grass and now that the sun was out in full force decided to do some snorkeling. Our first stop was this old tank our guide Harry pointed out. It's not far off the west shore, and it rests in about four feet of water. Definitely a unique snorkeling destination! 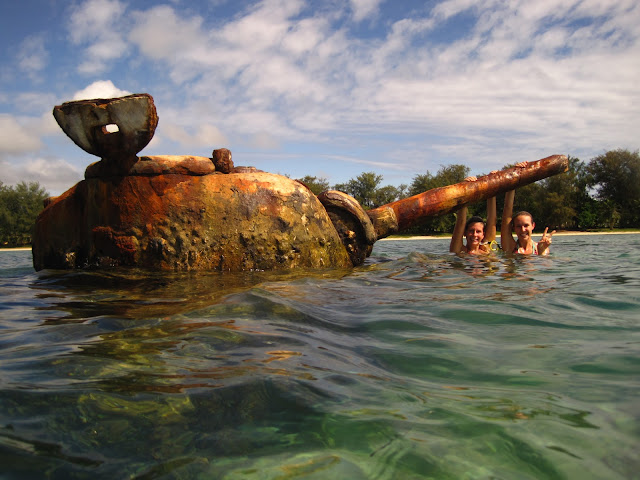 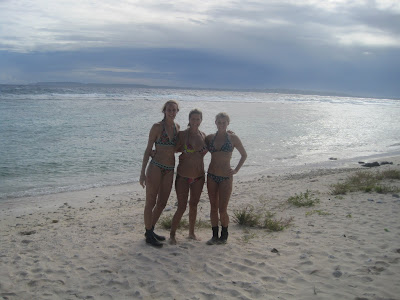 Having seen the north, west, and east sides of the island, we rounded off our visit by hitting up Obyan Beach on the south side for some afternoon snorkeling. This beach had some large breaking waves and lots of colorful corals and even some new species of fish I'd never seen. Because of the strong currents here, we did a drift snorkel, which means you basically float on the surface and look at stuff while the ocean pulls you down the coastline. We got out at the end of the beach and walked back. It was nice to hear the rushing of breaking waves for once. Guam's coastline is pretty flat in most places. 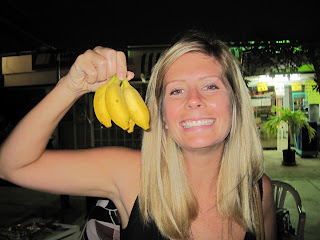 For our last night in Saipan, we went to the Thursday night street fair in Garapan village. Dinner took a little longer than expected so we only caught the tail end of it, but it was enough for each of us to find some worthy souvenirs. Kate also found these tiny bananas, which ended up being really good. 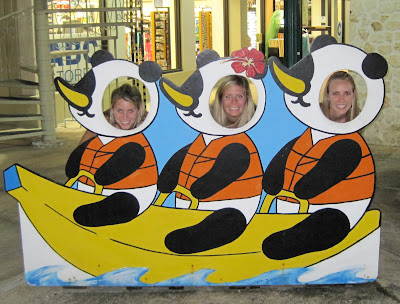 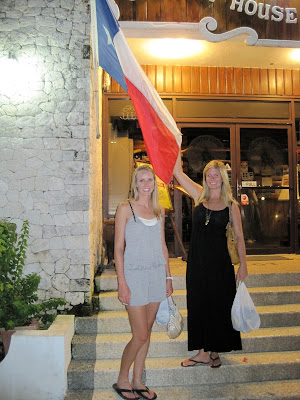 Pretty sure I have managed to find a Texas flag in every country I have ever visited. Saipan was no exception. 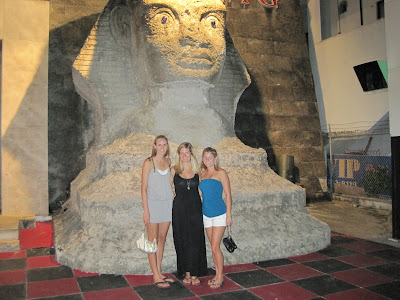 Our last stop in the town center area was an outdoor bar that was right by this Egypt-themed club. We toasted to our fabulous girls visit together and recapped the many fun and funny things that had happened. Who knew that an island smaller than Guam would amount to 300+ pictures and three blog posts worth of stories? So glad I got a chance to explore this beautiful island. And where my first trip off Guam was to visit old friends, my second trip was spent getting to know new ones. Turns out island hopping is just as fun either way :)
Posted by Peyton Roberts at 3:45 PM