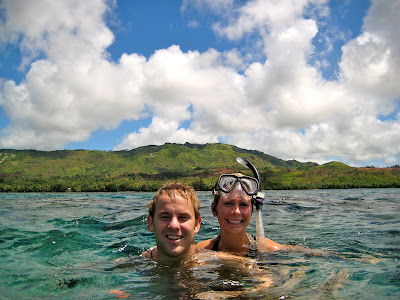 So we finally had the chance to take some friends out on our boat. It was cozy with four bodies and all our snorkel gear, but totally doable and twice the fun! Ben and Kate (plus eight) were our first victims. Nick graduated from the Naval Academy with Ben and they later went through NOLS Alaska, BUD/S, Airborne, and SQT. So they've logged more than a few hours working and playing together. Ben and Kate have been out here for about a year and are newly expecting (there's seriously something in the water). We spent the day snorkeling at some of our favorite spots and exploring random islands.

Needle fish came to hang out with us near the surface. 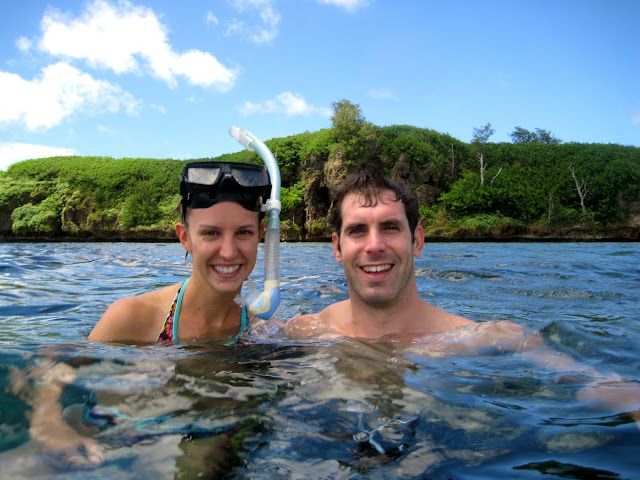 Nick and I in front of our favorite snorkel island. Don't know its name, so maybe we'll just call it Peyt's Island. Hmmm... has a nice ring to it. 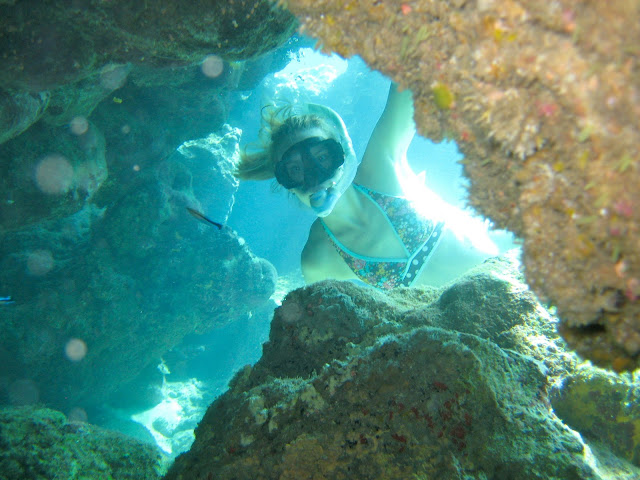 Next stop is Pete's Reef. There are a ton of cool underwater caves and rock passages. Pictures just don't do it justice (as in, you must visit us and see it for yourself). 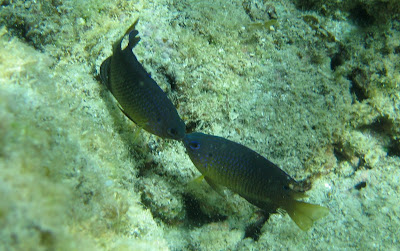 Some kissy fish joined us on our double date! 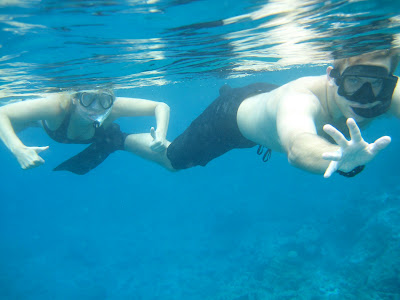 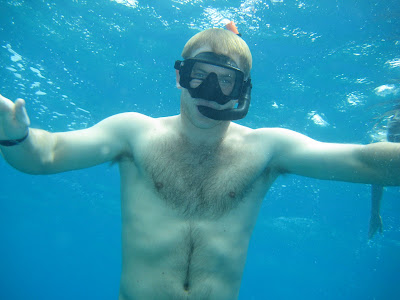 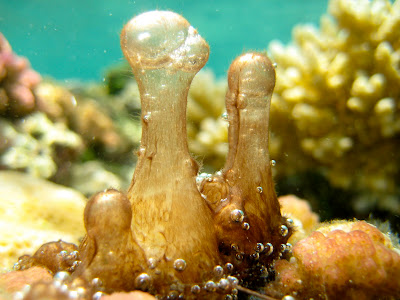 Nick always finds interesting things to take pictures of. No idea what these are! 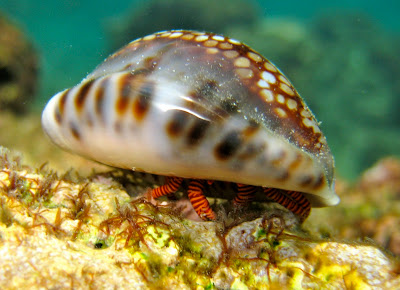 There are hermit crabs everywhere, but this one was really interesting. It's about the size of a prune. 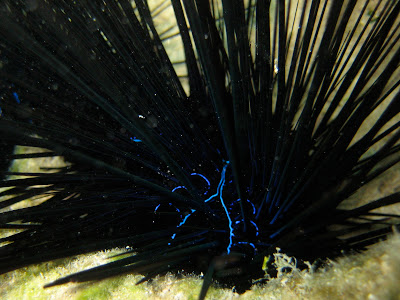 On this outing we learned that it's so much fun to bring friends along on our expeditions. Hope you can be one of them someday!
Posted by Peyton Roberts at 5:08 PM