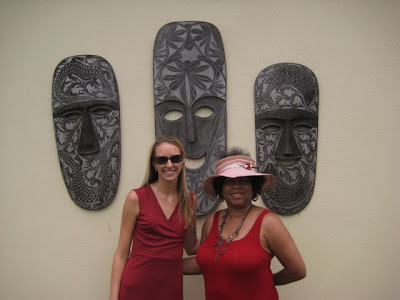 So it dawned on me that I think the reason I am struggling to start recapping China is that I have some business to take care of first. Before any of China will make sense, I have to introduce my dear friend April. Now anyone who will make the long haul from the US to Guam just to see us earns the designation "dear friend." But April became that long before. To be sure, we are an unlikely friendship. There is so much about our life paths that is drastically different. For one, April is 20 years older than I am and has a daughter only five years younger than me. My resume has an MA somewhere on it (she sat with my parents in the audience of my graduation) while her credentials and wisdom stem from a rich diversity of life experiences. Oh, and I don't know if you noticed, but she's black and I am white. On paper, we don't really fit the traditional mold of friendship. And yet there is some unexplainable reason why she was hand-picked to enter my life when and how she did... "at The Cross," as she likes to say. 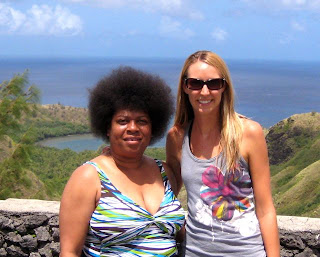 I first met April when I started my new job at the Red Cross in San Diego. I was the PR person and she was the outreach coordinator on our development team. Our computer stations were side by side. I was a newly married navy wife of a junior office and her husband was a retired navy chief. As I maneuvered my new role as a military spouse and young professional, April quickly became a voice of wisdom and experience where my same early-twenties-something friends couldn't be. She coached me on speaking engagements and relationships and office politics (of which there were plenty). She knew San Diego really well, tipping me off to salons and grocery stores and restaurants I should try. Oh, and she had a crazy knack for attracting free stuff, which was a huge asset, not only to our fundraising team, but also to our social lives!

April managed to get us free tickets to absolutely everything. We went to Broadway shows, Padres games (behind the dugout), Chargers games, and concerts... all without paying a dime. Since her job was to be out in the community, she was always getting invited to fancy dinners, art shows, sporting events, and interesting speakers that we accompanied her to see. We had a blast, and somehow the money for the organization kept rolling in because April is an amazing salesperson. "I could sell ice to an Eskimo," she likes to say (and she totally could!). 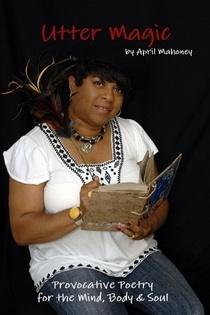 One of the first days I met April, she handed me a stack of 100 poems she had written that she wanted to publish into a book one day. Spoken word poetry is a gift of hers. Three years later, I spent a summer working to help her edit her poems into one complete volume called Utter Magic, which she self-published and, against all odds, has sold over 1,000 copies. It was a glorious team effort that I enjoyed every minute of working on, even after reading each poem for what seemed like the hundredth time. Every time I finished another draft, I felt inspired to write my own poems, to hear my own voice, to express myself in a powerful way like she does. At times I have turned to April's poems when my own words were not adequate.

April has some sort of unexplainable supernatural psychic abilities. There are a zillion crazy things that have happened... dreams, meditations, premonitions... too many to brush off as yet another amazing coincidence. One example was that April gave me a journal for my 24th birthday present. I went home that night and wrote about how wonderful my birthday was and how blessed I was to have so many amazing people in my life. The very next day I got a phone call that my grandmother was in the hospital... and the prognosis was not good. Over the next weeks and months I poured my heart out between the pages of that journal as I wrestled with saying goodbye to her amid Nick's upcoming graduation, orders to move, orders to stay, grad school decisions, new bosses, and friends moving away. It was a crazy time, and somehow April knew I'd need a place to write my way through all the changes. (This came full circle in China, by the way, when we learned that your animal year... 12th, 24th, 36th, etc., is not one of good fortune, which is why the Chinese are on guard and lean on extra sources of luck and well being that year).

If none of this has convinced you that April is an awesome person to know, then just watch this YouTube video of her dancing on the Ellen Show.

She was asked to come up on stage and warm up the audience. She had no idea they were filming and would actually air her performance on the show minutes later! It has almost 35,000 hits on YouTube, and my favorite part is the first comment from a total stranger, rated with 159 votes, "For some reason I want her to be my best friend." I love reading that and feeling so proud that for me, she already is.

So good a friend, in fact, that she flew all the way out to Guam, and at her request, we went to China together. China had been on her vision board for the past seven years. She didn't have a specific reason or know why, and she'd never traveled that far from home before. I told her if she came out that I would go with her. Everything came together very easily... amazing airfare, the tour package, dates & timing, etc. And so we went.

But before we left, I took her on a tour of the island so she could experience our beautiful paradise home. 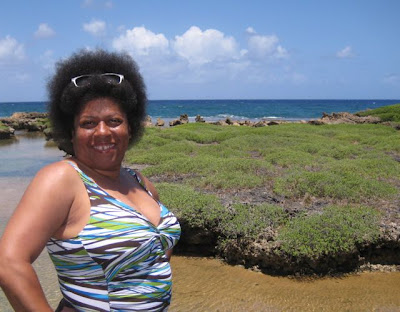 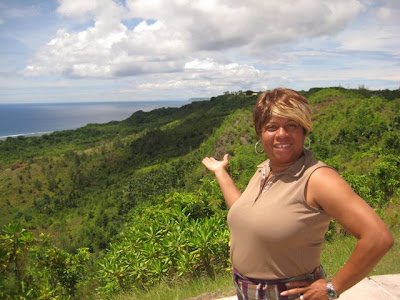 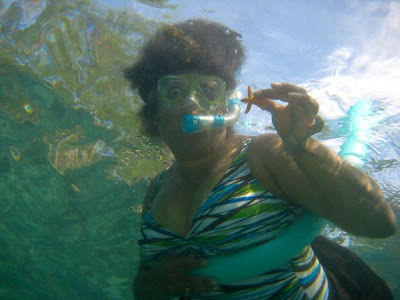 We had a blast! And yet, the real adventure was just beginning...
Posted by Peyton Roberts at 8:28 AM