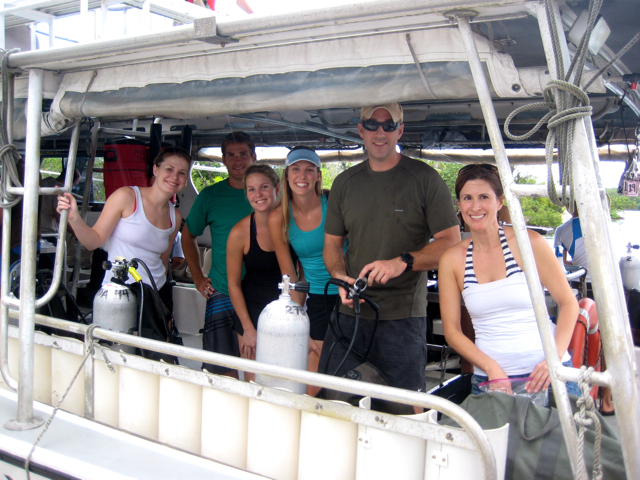 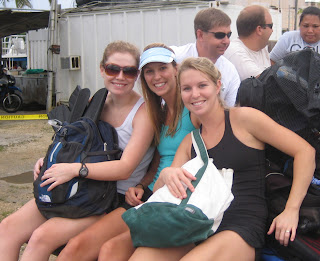 Resume normal life on Guam! Today I went on a treasure hunt dive, organized by our local dive shop, Micronesian Divers Association. As soon as I returned from the States, I had three people within a 24-hour period ask if I had signed up for it. Of course, hearing about something from three people in 24 hours is an automatic indication that you have to jump on the bandwagon, so I signed up and the day came. Unfortunately Nick is away again (in my favorite city in the whole world actually... without me... boo!), so I had to find another dive buddy. But luckily there were lots of friends around so dive buddies weren't hard to come by! 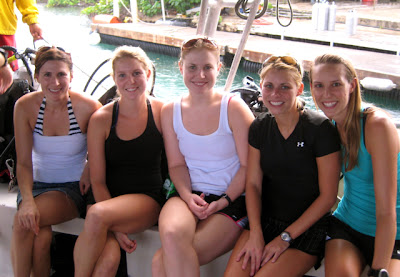 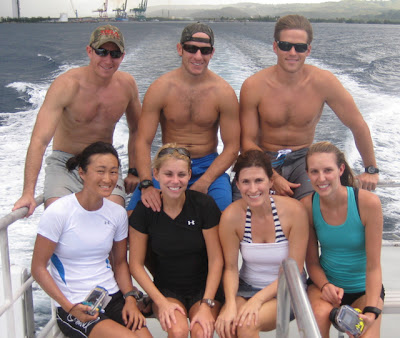 When we got to our dive site, Seabee Junkyard, we were instructed about our treasure hunt. There were 16 eggs for the 50 divers on our two boats and there were dozens of golf balls. We were instructed to find up to one egg each, which would be redeemed for bigger prizes, and, since we were the last of three trips that day, as many golf balls as we could get (so the dive staff wouldn't have to pick up as many on their own). The person with the most golf balls would win an additional prize. We were also told we couldn't look under water until everyone was in. So after getting our instructions, we all geared up and jumped in the water, masks off. 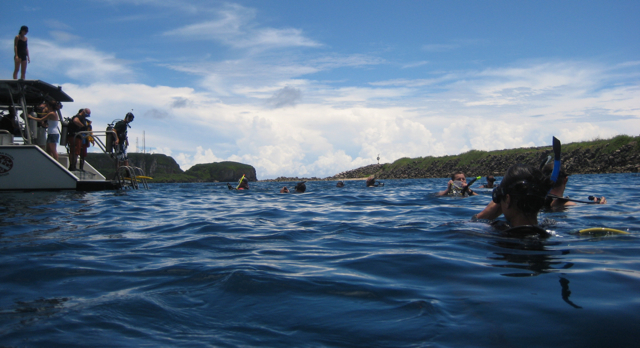 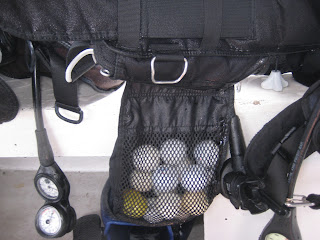 When the whistle blew, we were off! I looked down and saw something white and round about 30 feet below on the sand, so I swam down pretty fast to get it. I was super disappointed to only find a stupid shell. I started swimming immediately to my right and came across a bunch of golf balls scattered across some huge rusty old pipes (there are no pictures because I was in a race, people!). I started scooping them up and putting them in my BC pocket. I kept finding pile after pile of golf balls and finally started abandoning them in search of a much more valuable egg. About a minute later I spotted an egg! Whew! With my egg in hand and a pocket full of golf balls, I realized that the competitive part of the dive was over.
I have to say, it was really exciting trying to beat people under water. Every diver for himself. At that point I realized I had totally lost my dive buddy... or never really had one to begin with (whoops!). That's usually rule #1 of diving... don't leave your buddy! But for this dive we were restricted by time (45 minutes) and depth (40 ft. max), not to mention there were 50 divers in a small blocked off area of bay (so on one hand I wasn't diving with anybody, but on the other hand I was diving with everybody). After that I just enjoyed the rest of the dive looking at Seabee construction wreckage from post-WWII. 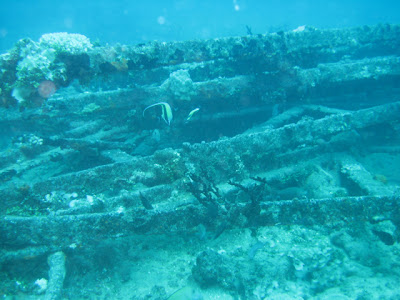 This was a perfect dive site for hiding things 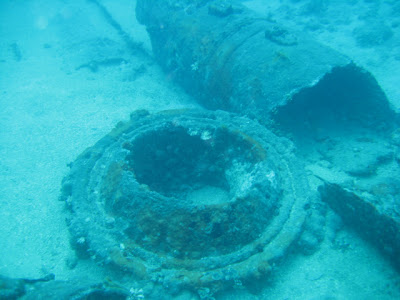 Plus lots of interesting things to look at 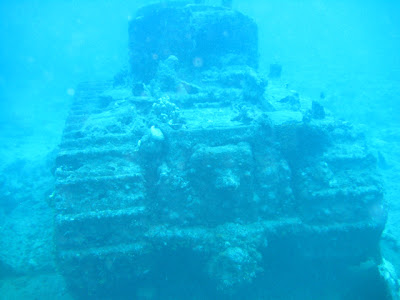 Including whole intact tanks
Sorry the pictures aren't as good as usual... something is missing... oh yeah, my underwater photographer! 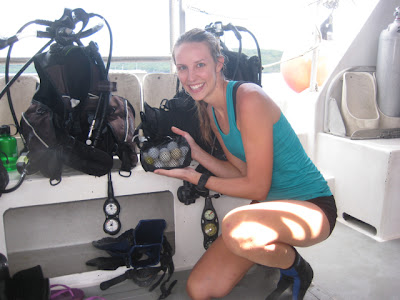 At the end of the dive, I came up and showed off my treasure. I was surprised that some divers hadn't found any golf balls (whoopsies!). Turns out I had collected 14 of them - the most of anyone on our boat. In this picture I was really excited about the prospect of what the prize was for the person who collected the most golf balls. Surely it was going to be something good. Surely wrong! As the dive guide came by to offer me my choice between one of three candy bars, my excitement dwindled. I totally did their job for them by collecting so many and all I got was a lousy Butterfinger bar! (Keeping the 14 golf balls would have been a way better prize). Luckily the eggs were worth more and I had one, so there was still hope of some big winnings. 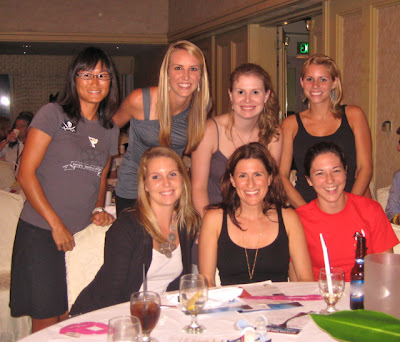 The treasure hunt ended at dinner at the Marriott, where we all had a nice sit-down meal together and turned in our eggs for goody bags. I won a pair of dive booties (that don't fit) and a one-day kayak trip in Palau that we were definitely going to do at some point. So that one little winning actually made the whole investment in this fun day completely pay off. Unfortunately I didn't win any of the raffle prizes for dive trips to Palau, Chuuk, Ponphei or Australia, but all in all it was a really fun day. Great to get back in the water and to spend the day hanging out with so many friends Guam style. Apparently I would make a pretty good competitive diver. Who knew? Too bad there is absolutely zero use for a skill like that. That is, of course, until next year's treasure hunt!
Posted by Peyton Roberts at 12:24 AM