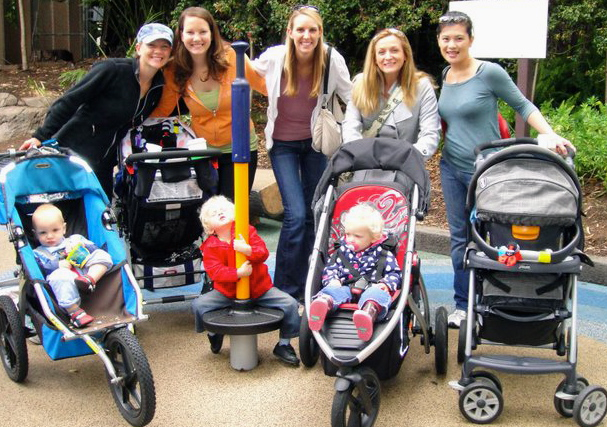 Chances are this picture doesn't look as remarkable to many of you as it does to me. Well, let me explain that when I was in San Diego just four months ago, two of these mommies were not pushing strollers. All the pregger ladies in my recent past have resulted in a current baby boom (8 new baby friends born since January!). And not knowing when my next chance would be to make it to the States, I just had to meet some of these new faces in person and reconnect with dear friends I know I won't see for a while. 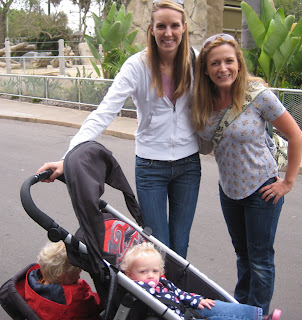 For starters, my friend Gemma will be moving with her husband and two little blondies to Okinawa later this summer. I suppose there's a chance they could come our way for vacation at some point, but for now, it was great to get one more visit in. We all met up at the perfect mommy outing location: the San Diego Zoo. All of my mommy friends have annual passes, so they come whenever they want to walk the beautifully landscaped pathways and show the amazing variety of animals to their curious little ones. It was a typical May gray San Diego day, but the weather and the fact that we were at one of the world's best zoos didn't really phase me. I was just so grateful to be here with all these close friends! 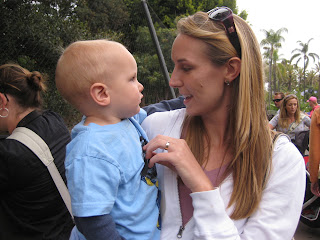 Next up is a very unexpected San Diego visit with my dear friend Kristi, who evacuated here from Japan following the tsunami/ earthquake/ nuclear disaster. Last I saw these friends, they were moving into their house just outside of Tokyo in September and little Ryan was only five months old. Now at 14 months, it was amazing to see how much more he's grown. His sweet little face reminds me so much of his big brother Will, who Nick and I have watched grow up from a baby to now a Kindergarten graduate. Kristi and Ben were the first friends we made in San Diego. I have visited them in Hawaii and Japan and now it's their turn to visit us in Guam! 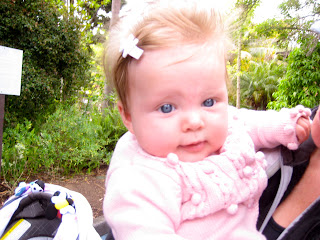 I can't not smile when I see this preciousness to my left...the long awaited Moffit princess, flashing some of the most glorious bluest eyes I've ever seen. I was actually in San Diego on Mallory's due date in January, but Norah wasn't quite ready yet. Turns out I missed meeting her by just a few days, which is why this unexpected visit at four months was even more special. I remembered back to almost exactly a year ago when we went on a run together and Mallory told me she was pregnant. I moved to Guam when she was just starting to show. And now, not all that many months later, there's this beautiful baby, and my friend is now a mom. I'm spelling this out because it's still so new to me to think of these friends as parents. 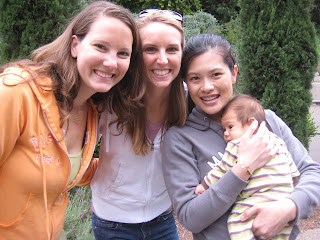 To the right of Mallory and me are Huy and Jackson. On my previous post about my pregger friends, I commented that Jackson was the baby that I was most excited to find out what he was going to look like. Somehow he is the most perfect combination of his mom and his dad. It's amazing to me how much I can look at him and see both of our good friends, Ben and Huy, in that little face. I finally determined the pattern... he looks just like his mom when he is being sweet and happy and somehow much more like his dad when he is mad and ready to fight (just kidding Ben!). This visit was extra special for us given the timing. Jackson's dad left on a long deployment just two weeks before I got there. My heart aches for these friends who will be going it alone for so many months, not only as new moms, but also as single parents. And both of them, all of them, will tell you they have it easiest because they get to stay with the baby. Which means there's a whole new undertaking of sacrifice for these guys, these new dads, who have already given up so much. 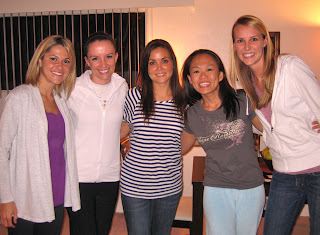 No question meeting these babies and visiting with these friends at the zoo was yet another highlight of my two weeks back in the States. And with a potential Tuesday evening hop to Hawaii looming over my time in San Diego, I got to it, trying to cram as much on my wish list as I possibly could in the remaining 36 hours. 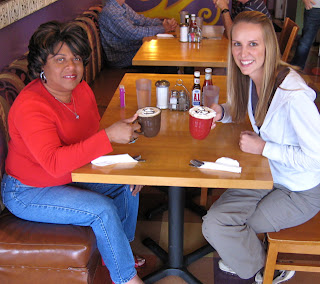 I woke up my second morning in San Diego and was so sad to have to start packing already. Luckily I was able to squeeze in brunch and white chocolate mochas with my dearest, April. Those of you who know how we met know we used to be coworkers. But five years later, that hardly seems worth mentioning. We are just plain friends. I have learned so many life lessons from her and have become wiser about the world through our friendship. Not to mention, we've managed to have a whole lotta fun. This one always has the hook up. We might have gotten into a little mischief here and there too :) After breakfast, it was back to Huy's so April could meet Jackson. Apparently, even at two months, he already knows how to spot a heart full of love. 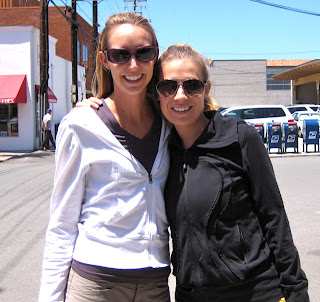 Continuing on in the parade of meal visits, Huy, Jackson and I met our friend Amy for lunch at Burger Lounge (!) in La Jolla. It was great to get caught up and hear about everything she has going on, from training for DC's Marine Corps marathon to organizing a whole massive fundraiser race on September 11th... the Heroes Run, benefiting the Travis Manion Foundation (more on that to come over the summer, stay tuned). Also, I loved that Amy showed up on her lunch break wearing workout clothes, which double as her work clothes... for her office job! Having gotten used to the same work wardrobe in Guam, I was encouraged to know there are Stateside workplaces outside of the fitness industry where dressing the same for meetings and the gym is not frowned upon!

In the whirlwind of flitting from one visit to the next, I was somehow able to pack in one last trip to Target, Trader Joe's (!), Old Navy, a bridal boutique to try on my sister's chosen maid of honor dress (!), and a fantastic sushi restaurant with Huy and Jackson (!). Despite fitting in so much, the time went WAY too quickly. There were so many friends I didn't get a chance to see, so many places like my church and work (CPD!) I didn't get to stop by. 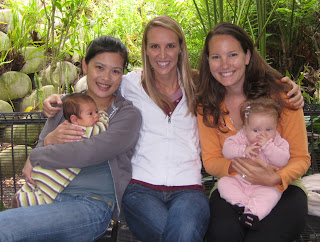 But considering this time two weeks ago I had no idea San Diego was in my immediate future, I had to be grateful for the visits I did have, knowing the friends I missed would understand. Grateful as I was for the hugs and the new memories, it didn't make the sting of saying goodbye any easier. As Huy and Jackson, Mallory and Norah left the terminal on North Island, I had to blink back the tears, not knowing how long until I see these and all of my San Diego friends again. Of all the places I come back to, San Diego is the strangest because when I am there, it feels as if I never left. It still feels very much like home, even though it somehow isn't. 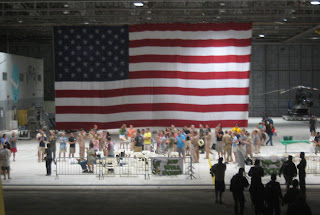 Hard as it was to leave, I had an equally strong yearning to start the long trek back to my current home. And it just happened that Space-A made the first leg quite easy. I hopped on a C-40 to Kaneohe Bay, Hawaii. When we landed the Space-A passengers were instructed to keep our seats while the duty passengers, finally home from a 6-month deployment in Bahrain, went to meet their families. I felt like such a stowaway being there to witness this joyous and long-awaited celebration. We saw men running to their wives and holding their babies for the first time. We saw kids crying hugging their dads. We even saw one man propose right there in front of everyone. We couldn't help but join in the loud applause and cheering. The same plane that took me from the ones I so dearly love just as easily brought these Marines back to the ones they so dearly love. And so the cycle of hellos and goodbyes, tempered by time and distance, continues. 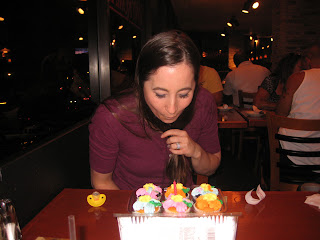 My visit to Hawaii was short. After playing the Space-A game once or twice, I saw that there was nothing there for me in terms of a seat home in the near future. When you travel Space-A, you either have to have the time or the backup funds to get you home. After being out of commission on Guam for over a month now, with a ton of work to catch up on, waiting around was not something I had the luxury of doing this go around. Luckily before flying out, I got to wish my friend Melissa a happy birthday four days before her husband's deployment was ending. Melissa has been my Space-A angel, and considering their upcoming move, this would probably be my last visit with her in Hawaii. 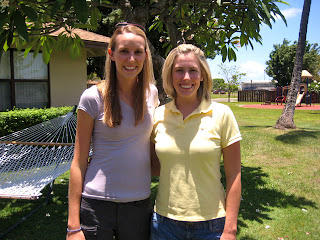 I was fortunate enough to have the most wonderful Space-A hosts this go around. Crazily enough, they have seen me before. Ashley and Robbie were my hosts when I Space-A'd through Alaska in January. They have since moved to Hawaii and now live on the air force base where the flight terminal is. Ashley had her baby a week after I was there in January, so I got to meet little Jeffrey (though he was asleep every time it dawned on me to get a picture of him... argh!). After some pretty dismal Space-A episodes, Ashley took me to the airport... the real airport... the one where you have a guaranteed seat on a plane that's actually leaving... and just like that, one credit card swipe later, I was on my way back to Guam.

I arrived back on Guam on a Friday night after one of craziest months I can remember in my adult life. Exactly four weeks before, I was in Sydney, Australia watching the royal wedding. The following Friday was the first day my fever broke after a week of the worst illness I have ever had. The very next Friday I was somehow on a red-eye with Courtney and Ben heading to Florida. The previous Friday I was in New Jersey with Nick and his entire family. And this Friday, I was back on Guam. As I walked in the house I realized I was home and healthy for the first time in nearly six weeks. I can't tell you what an amazing feeling that was. As much as I still feel like I belong in San Diego, there was no question that Guam is my home. And as it always is after a long time away, it was so, so good to be home.

Posted by Peyton Roberts at 9:23 PM