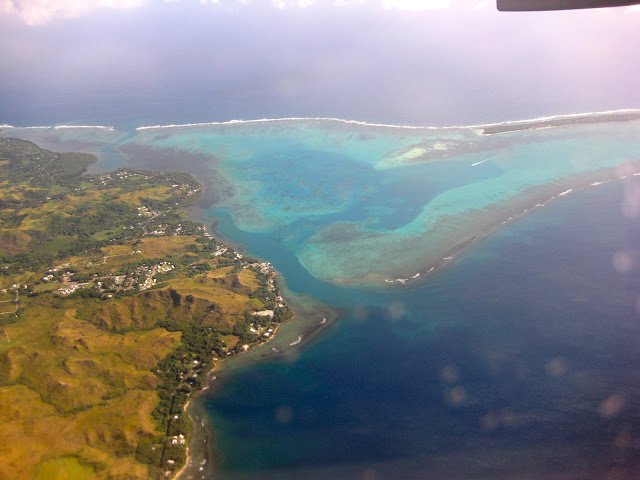 I took this picture on our descent into Guam from Fiji. It is the only time I have landed in Guam coming from this direction during the daylight, so it was great to get to see this part of the island from above. Turns out this place is even more beautiful from the sky. The above picture is a southern-facing view of the southwestern tip of Guam. The small strip of land that emerges in the upper right is called Cocos Island. It's a popular tourist destination for busloads of Japanese snorkelers and you can only get there by boat. 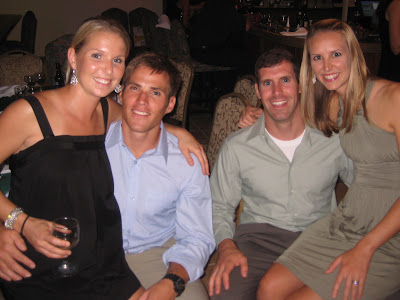 Switching gears, Nick's command Christmas party was on Thursday night. We had a lovely time catching up with friends, many of whom are heading off island for the holidays soon. As part of the celebration, their very generous CO surprised everyone with Friday off from work, which we decided to take advantage of and take ol Propeller down to the boat ramp at Cocos Island to see what we could see. 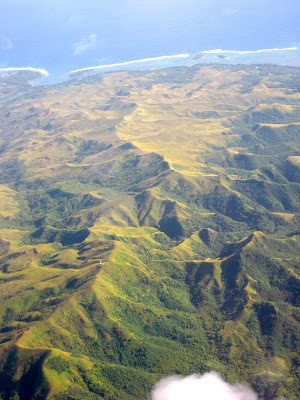 In hindsight I wish I'd taken more pictures of the surroundings on our boat ride out there. The view of Guam from Cocos Island is one of the prettiest I have seen of this place. I've inserted a filler picture, also taken from the flight from Fiji, so you can get an idea of how beautifully rugged and green this rural part of the island is. I'm sure it won't be our last time down there, so I'll be sure to take more next time.

The surf heading out was pretty gnarly. There was a swell in that week (Nick and friends had taken advantage and actually gone surfing the day before). As our boat rocked up and down each approaching wave, I found myself feeling like I was in a very different place than our usual flat lagoon rides. At one point we found ourselves at the bottom of a 7-foot wave, and while it wasn't about to break on us, I decided this probably would not be a good place to take Nick's mom while she's out here for Christmas.

Once on the other side of Cocos Island, we anchored the boat for some snorkeling. The currents were pretty rough so we didn't stay out too long (Nick was seasick!). Not to mention, this is the area of Guam where bull sharks have been spotted before (yikes!). But, in trying out the new camera some more, we did get these beauties. And by "we" I mean Nick. He takes about 99% of our awesome underwater pictures. The only thing we missed was the squid floating nearby. They were too skiddish to have their picture taken. 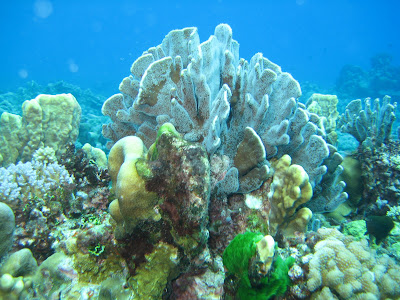 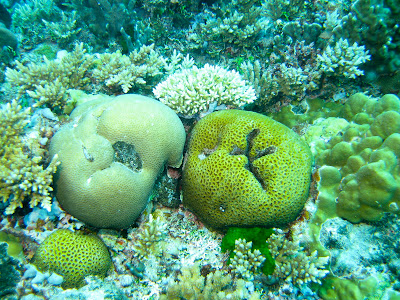 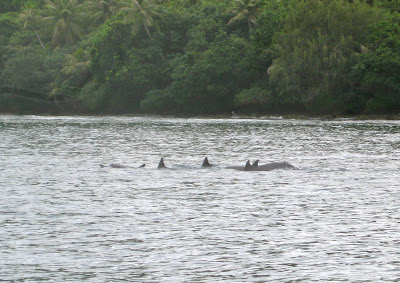 After snorkeling, we headed north up the southwest coast. We've explored most of this part of the island before but not this southern tip. I was mentally shifting gears to my youth group commitment that night and thought it was about time to go in. But Nick wanted to check out one more bay, the next cove up. So glad we did! Awaiting us in Cetti Bay was a pod of spinner dolphins. They were so graceful and beautiful in the water. So glad we didn't miss this! 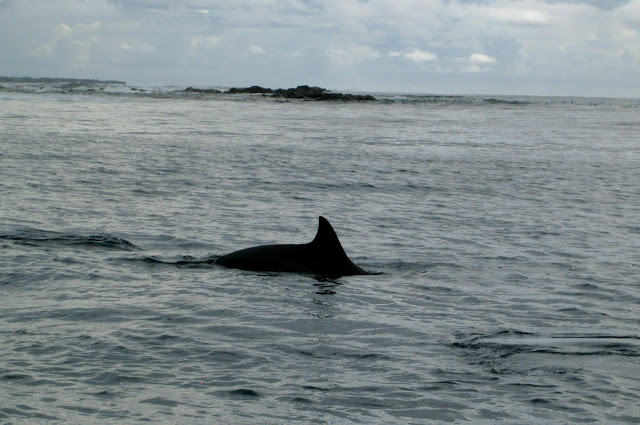 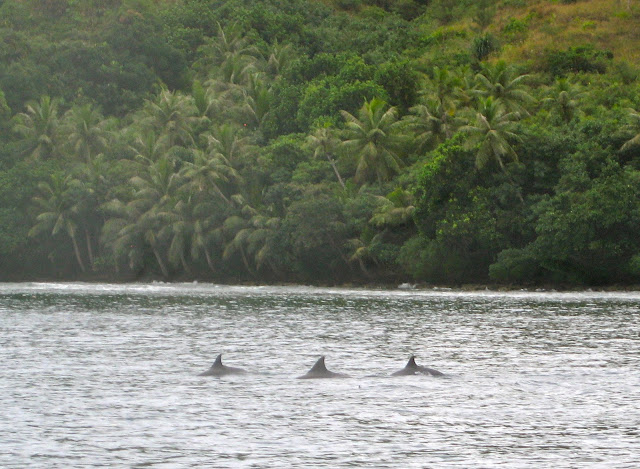 After we left the dolphins, we ran into a couple of flying fish on our way back to the boat ramp! No pictures, but it was fun to see them soar along beside the boat, at the same speed going the same direction as us for a while. That's it for our latest trip off the rock... how appropriate that it was to yet another island.
Posted by Peyton Roberts at 7:27 PM

Email ThisBlogThis!Share to TwitterShare to FacebookShare to Pinterest
Labels: Exploring