As someone who keeps a journal, I am a big believer in self-reflection. So as one year ends and a new one begins, it's always nice to remember the significant days, seasons, and moments of the past 365 days. In a year that started off with an Iraq deployment, and brought us through an unexpectedly early international move, and saw both Nick and I through significant job changes, there's no shortage of opportunities for reflection. So that said, I've decided to give you the top ten most significant events/days/moments from this past year, in pictures :) 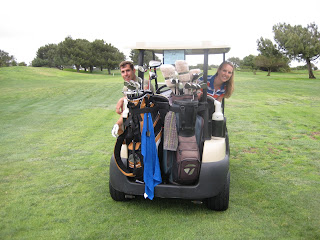 #10: Teeing Off with MomMom's Clubs
While 2010 was not the first time I had ever swung a club, it was certainly the year Nick and I became "golfers" (I use that designation lightly because as of, well, today, I have yet to break 100). This year when Nick and I headed east to reunite with his family after deployment, I was given an extremely generous offer to take his grandmother's clubs back to San Diego. After playing well into her 80s, MomMom decided her golf days were over. I am so proud to use her clubs and hope I too can keep up this game well into my 80s... and hopefully one day score in the 80s! 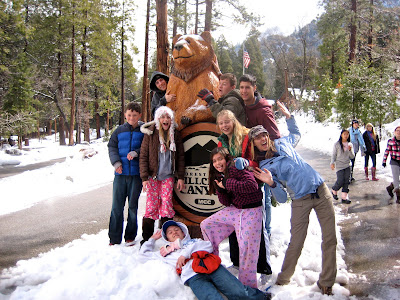 #9: Peyton Roberts, Youth Director
Sure, I was pretty involved with my youth group in high school, but I never saw myself becoming a youth director. I got into volunteering with the youth at my church in Coronado and through a strange course of events found myself somehow in charge of the whole program (?) as 2009 ended. Seeing it as my volunteer role, I never expected to show up on Guam and immediately get offered a job doing something I loved doing for free. I am so excited about next year when my big project will be taking our youth to Manila for a weeklong mission trip. Let the fundraising begin! 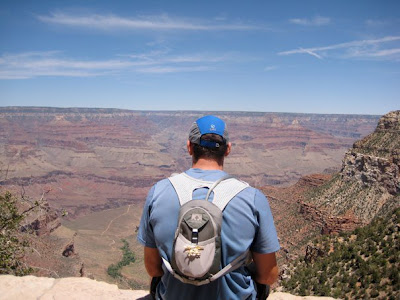 #8: Nick's Grand Canyon Run
So usually I hog Peyt's Island just for me, but this particular day of Nick's is so awesome, I just have to include it. Before Nick and I ever took our first glimpse of the Grand Canyon, Nick had already put it on his life list that he would run across it some day. After backpacking across it in August 2009, he left on deployment intent on making it happen. When he came back from Iraq, he decided to go for it and continued training even after breaking his hand during a Crossfit workout. On May 26th, Nick ran the 24.2 miles (and over 10,000 feet of elevation change) from the North Rim to the South Rim of the Grand Canyon in five hours and one minute. It was a proud moment to be there as he finished the run and crossed this huge goal off his bucket list. 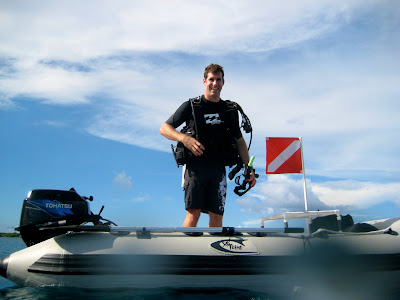 While one of the hardest days of 2010 was coming back in from our last voyage on our beloved sailboat, our decision to bring a zodiak to Guam has well made up for the loss. Propeller has allowed Nick and I to get off the island and explore the harder to get to reefs and dive sites. Even more fun is taking friends (and more recently, family!) with us. Instead of using the dive operators, we aren't tied down to a schedule or itinerary. We can explore wherever we want, whenever we want. In essence, Propeller has given us complete freedom out here.


#6: Peyt's Island
Never thought I'd start a blog or be a "blogger." In fact, I hate the word blog, and I hate saying, "You should read my blog." That said, this has been such a fun way to keep in touch with everyone since making the big move across the pond. I have absolutely loved all of your comments, emails, messages, and phone calls in response to these posts. I know no one is sitting at home hitting "refresh" to see if I've posted anything new, but it does make the 8,000-mile distance seem a little smaller knowing some of you are thinking of us. And frankly, I'm pretty shocked to see it's at 5,000 hits in five months. So, thanks for joining me here! 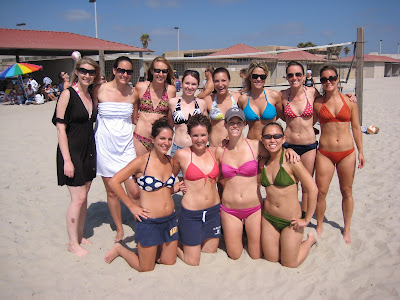 #5: Going Away Parties
Moving Day is always a tough one, but the one silver lining is when it's preceded by some awesome going away parties. We orchestrated one for ourselves on Gator Beach in Coronado on July 3rd and were thrilled that so many people were able to come, many even from out of town who we hadn't seen in several years (thanks Kevin & Tom, Courtney & Ben!). 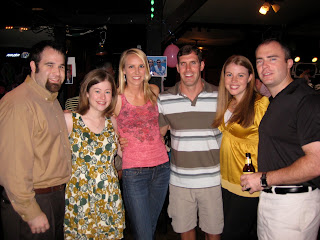 Later that week we traveled to Houston to say goodbye to friends and family there and were completely surprised to find ourselves at, well, a surprise party organized by Nick's mom and dad and a few clever friends of ours. Great to see everyone in our two hometowns before heading so far away. 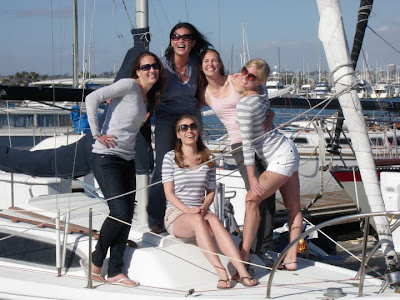 #4: Friends and Sailing
If I were to pick out a single favorite day of five years living in San Diego, this beautiful Saturday in May could well be it. It's not my #1 most significant of the year because nothing changed on this day, as things did in the top three to follow. But the fact that some of my favorite people were able to join me doing my favorite thing (sailing!) is what made it so perfect. My girlfriends met at our sailboat that afternoon and together, five of us cruised around San Diego Bay for three glorious hours eating gourmet chocolate and cheeses while sipping sparkling red wine in the sunshine. Toward the end, Nick and one of the other husbands showed up in Propeller to take pictures. As my friend Amy recently said, "I just wish we could go back to that day when everything was as it should be." How I wish we could too. So much has changed since then, but that day will forever be perfect in my mind. 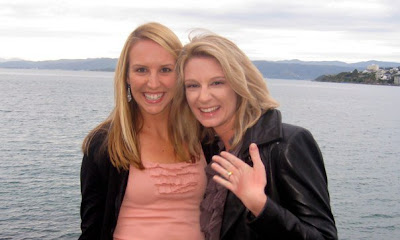 #3: A Thanksgiving Proposal
There's so much to love about this picture! First of all, I am in New Zealand... with my sister... on Thanksgiving... at sunset... the hour that Ben asked her to marry her! It doesn't get any better than that! Well, except for the fact that it means there's a wedding on the horizen. Woohoo!

Posted by Peyton Roberts at 7:37 PM