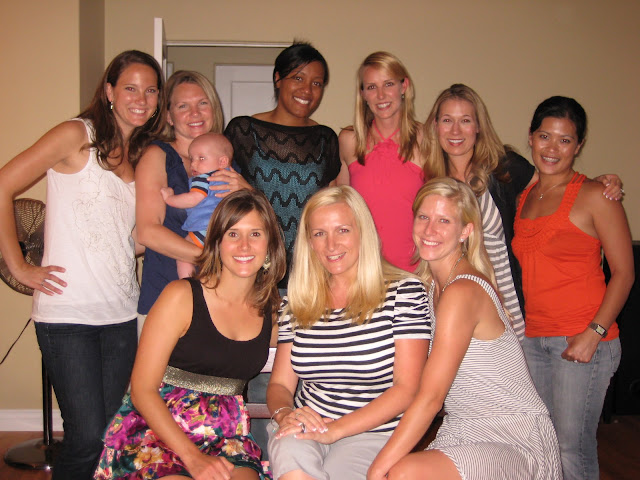 So the last few posts have described exciting trips and fantastic visitors. Thought I would take a moment to update about some less photographic things that have been going on behind the scenes.

On Jenny's first day here, I got a call from the DOD school down the street. I'd put in an application over the summer to do fill-in type work. They said they had an opening, and while my first instinct was to blow it off given all I have going on right now, Jenny convinced me to at least go to the interview. Definitely the right call, as I got completely different information in the interview than I did over the phone. The position was helping out the speech pathologists, nurse, and special education assessor doing their paperwork. At part-time (3.5 hours a day) and only working days when kids have school, I thought it would easily fit into my schedule out here. The pay is decent, the commute is three blocks, and it's an in to the federal government GS system. It's a bike-ride away, so it's easy on our one-car situation, and I thought it would be really interesting to learn about the special education system. All in all, sounded like a pretty good deal, plus it allowed me time to continue with my youth director gig and keep up my workout schedule.

Day one. Nick came home from work and asked me how my day was. "Fine," I replied.

"It's fine. I can't really think of much more to say about it." Not a lot to get excited about sorting forms and checking up on signatures. I mean, I knew the job would be heavy on the admin/clerical side, but I didn't realize that's all it would be. But no worries, it's part-time and temporary. I can just stay until June when school's out. It's only 3.5 hours/day, after all.

Day two. Coworker who's training me casually mentions she may be leaving Guam before the school year is up, so instead of us splitting this full-time job, I could do the job full-time. Hmmm...

Later on Day Two, check email. Get an email from San Diego girlriends talking about a reunion in January in San Diego. Several of the girls won't be working for various reasons, so it will be fantastic hang-out time. I consider replying with the immediate truth of, "I can't come because I started this new job." And I just can't get my fingers to type that. Discard email reply.

Later on, Nick comes home and tells me that there's no longer an opportunity for me to visit him in Sri Lanka in January because of a schedule change he's had (boo!). He will now be gone for almost all of the month, leaving me on my own to do whatever. Considering I can fly Space-Available on a military flight back to San Diego for free, the only thing standing in the way of me and my friends and family is, sadly, this job.

Day three. Go to work. Tell coworker that job is not for me and that I don't intend on doing this job past June and it's a waste of their time to train me. She fesses up that she was thinking of leaving in January to head back to the States, which would have left me full-time in January (oy!). Talk to HR person. They pleaded with me to stay until they can hire someone else, so I committed to the end of the calendar year. I will also come back on board when I get back to Guam, but as a substitute teacher. I've already done the paperwork to get in the system, so I might as well. That way going forward I can at least make my own schedule... and get to interact with the kids :)

So that's what happened. Part of me feels like I made a mistake by ever accepting the job in the first place. Now HR has to go through and re-interview and hire someone new who has to get background checked, blah blah blah. And all they're getting out of me is four weeks of work and a new sub (which apparently they need, so that's good).

On the other hand, this job mistake has done wonders to help me assess my priorities. I need to go home to see my friends and family, sooner than later in some cases. The money I would make from this job just can't replace that time spent when we are so far away in every possible sense. And whatever mental block I have that sneaks up and makes me think I'm not contributing enough because I don't have a "real" job... just needs a big kick in the face.

Taking and rejecting this job has also helped me realize how much I absolutely LOVE my youth director job. In the past month, I have helped plan a middle school girl's slumberparty, beach clean-up, photo scavenger hunt, Halloween party, and a lock-in for 18 youth (we usually only have about 9... yay for growth!). In addition, I am now planning a mission trip for our youth to go to the Philippines this summer (!). Last night the education committee approved funding for our trip, and the pastor and committee insisted on the church paying for me and the other youth director to go. Unquestionably this is definitely the right job for me... getting paid to travel to a third-world country to help a bunch of teenagers better understand God. Yeah. Home run.

I feel like it sometimes takes a few mistakes to figure out the right way to go (and I am not ashamed to make a U-turn). So steering by starlight, I will keep moving full-speed ahead, exceptionally proud of my 10 hours/week in youth ministry, and very much looking forward to my trip back to the States in January (hopefully making it to Texas and Florida too!)... and equally excited about my trip to Manila in June.

And sooner than that, thanking my lucky stars that in just two days Nick and I start Honeymoon #5... off to New Zealand to meet up with Courtney and Ben! I can't imagine anything I'm more thankful for at this point than the chance to spend Thanksgiving with my husband and my sister and her awesome (and conveniently local to NZ!) boyfriend. Looking forward to sharing pictures and stories with you from the other side. Until then, Happy Thanksgiving to all of you. And while we're on this topic of gratitude, thanks for keeping in touch with me through Peyt's Island. It does so much to close the gap when we're so far away :)
Posted by Peyton Roberts at 10:35 PM