My Week as Aunt Peyt! 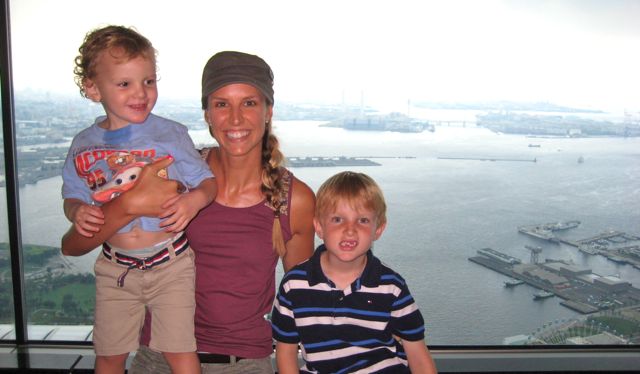 This picture absolutely cracks me up! So last post I mentioned that I went to Japan again to see my friends. I had an absolutely fantastic time. During my last visit, I stayed with Mary and Annika out in town. Well this time, I stayed with Kristi and her two boys William and Ryan on base. Before I showed up, Kristi and I were Skyping to figure out the last-minute details of my visit (I mean, I suppose every part of the visit was last-minute). Kristi leaned the laptop down toward the boys and said, "Do you want to say hi to Aunt Peyton?"

Aunt Peyton?! I totally forgot that somehow over the years we had earned the status of being Uncle Nick and Auntie Peyt. Maybe it's because we moved into the same apartment complex as Kristi and Ben when Will was just three months old (he was so tiny! and loud!). Maybe it's because I took the plunge and went to visit Kristi and crew in Hawaii when they moved there a few years later and got to see Will as he morphed from a toddler into a little boy. Maybe it's because we were among the first sets of friends to get to hold Ryan after he made his entrance in Coronado in the weeks before Nick and I moved to Guam and Kristi and family moved to Japan. I really don't remember when... 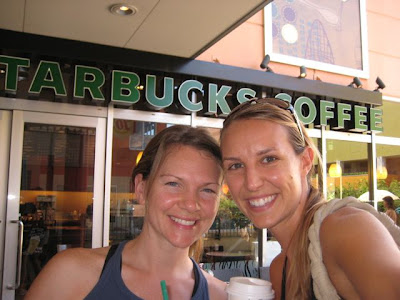 I guess somewhere along the way through all of these twists and turns, we surpassed the boundaries of typical friendship. We know about and have met many of each other's close friends from back home. We are well versed in the stories of each others' often crazy family dynamics. We spent many a night together a block apart in Coronado passing the time over a glass of wine and American Idol night while our guys were on their first deployments of our marriages, coincidentally both in the Philippines at the same time. Somewhere along the way, I suppose Kristi and I transcended friendship and became more like family. 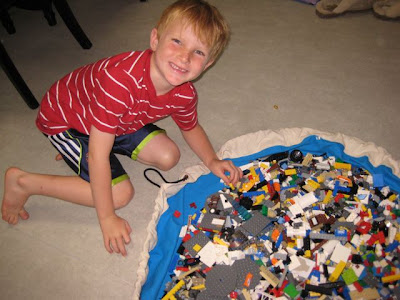 I had so much fun during my week as Aunt Peyton! We took the boys to a museum, to the pool, played Legos, played Uno, watched movies, read books, and went to the park. I loved getting to know the first grade graduate William (who we have called Will for his entire life up until now... FYI, Will is a "stupid" name, so he only answers to William). He loves science and building things and has a really creative imagination. He knows how to read (how did that happen?) and often starts sentences with, "Aunt Peyton, did you know...?" filling me in on his latest bits of fascinating animal or space trivia he learned in school. 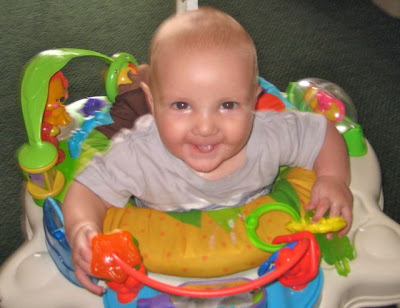 Then there's Ryan, who I only just briefly met for a few weeks in Coronado before we all moved across the Pacific just weeks apart. Last time I saw him, Kristi's new friends were trying to pacify him in the Exersaucer while her long lost household goods arrived in Japan. This picture is from September 2010. Now Ryan looks like this... 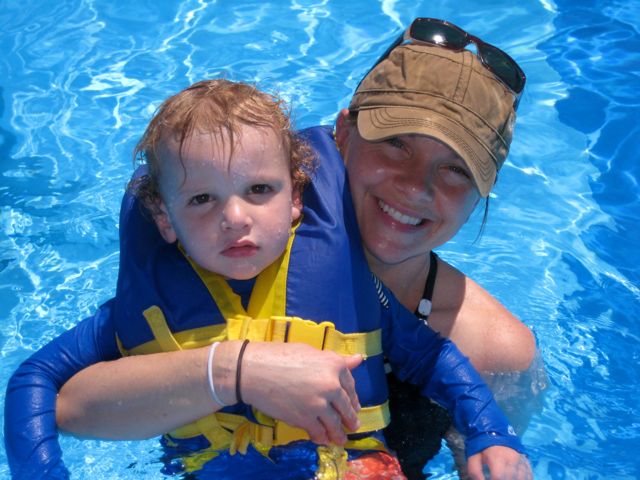 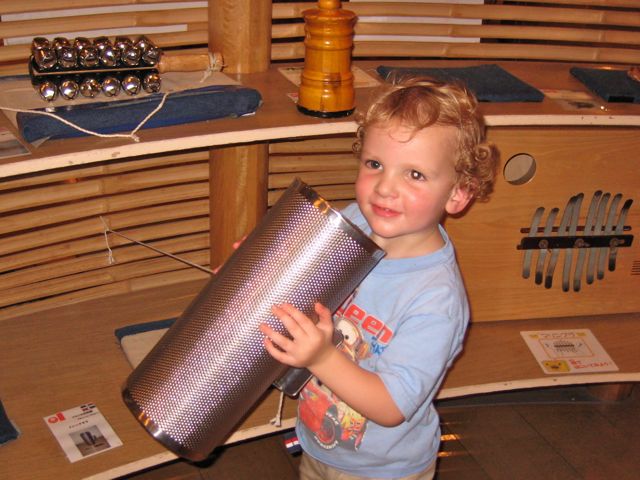 And has some pretty gorgeous golden curls...
and is absolutely two in every possible way :) 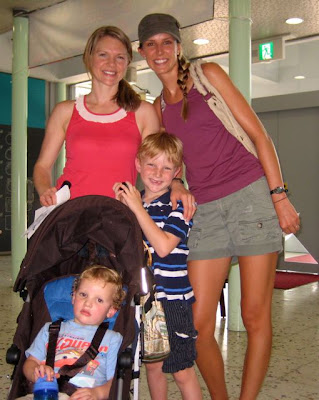 On one of our more daring, adventurous days together, Kristi and I braved the trains and took the boys to the Children's Museum at the Shonandai Cultural Center. They had a great time playing musical instruments and running around in the giant-sized garden. 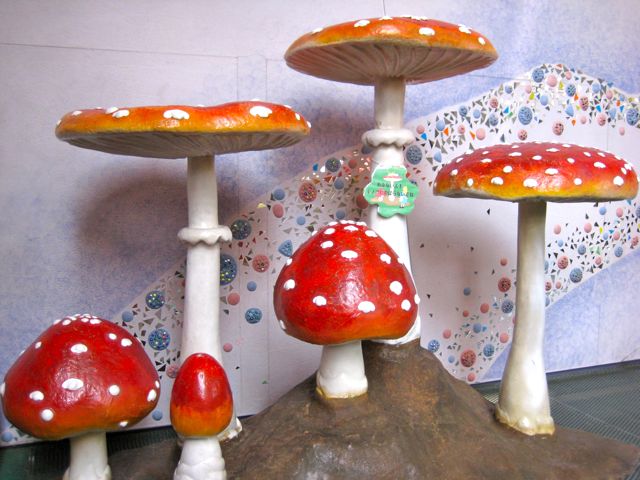 Once again, Japan comes through with utter cuteness. 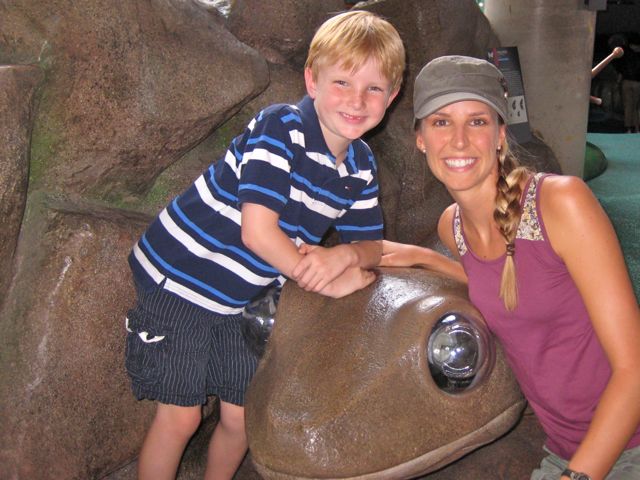 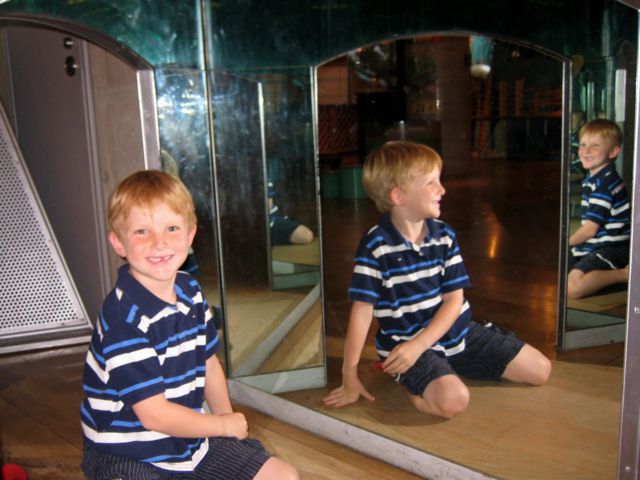 Infinite Williams in the hall of mirrors 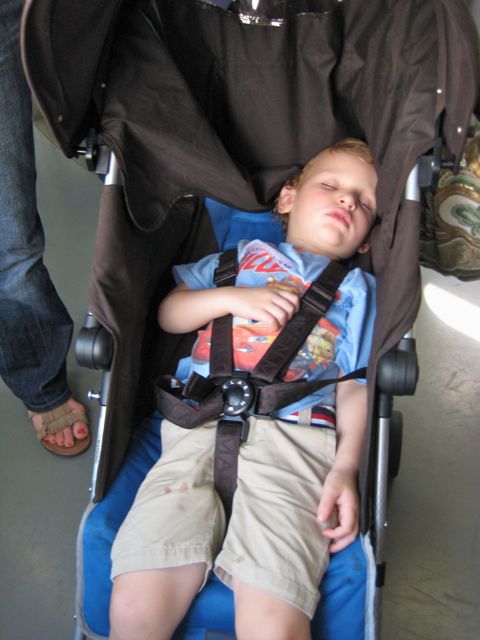 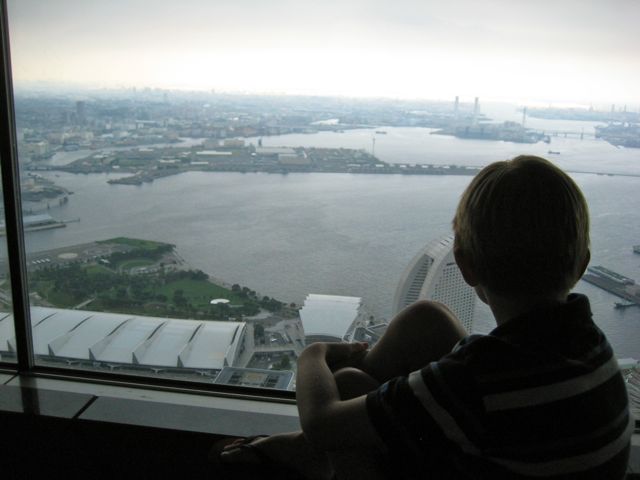 After a few rounds of train transfers, we arrived at Landmark Tower in Yokohama. Kristi wanted to take me up to the observation deck on the 69th floor for views of Tokyo and beyond. After two separate trips to the Tokyo metropolitan area and countless train rides, I finally had a good perspective of Tokyo and Mt. Fuji and all the places I had been during both visits. Japan didn't seem nearly as crazy after seeing it all sprawled out in front of me in every direction. 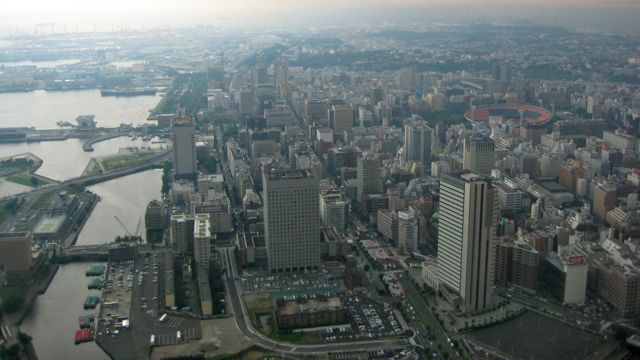 As we came down the 69 floors on the super-speedy elevator, Kristi said, "I'm really proud of myself." I said, "Oh yeah, why is that?" She said, "This is the first time since the earthquake I have been able to do something like this."  Ooooooh... holy crap, yeah I forgot about that whole giant part of my friends' Japan experience. The massive earthquake of March 2011. Props to Kristi for overcoming a completely legitimate hesitation in order to show me a spectacular view. That's friendship :) All in all, it was a really fun day with Kristi and her boys.
And best of all, we survived, two year old and trains and all! 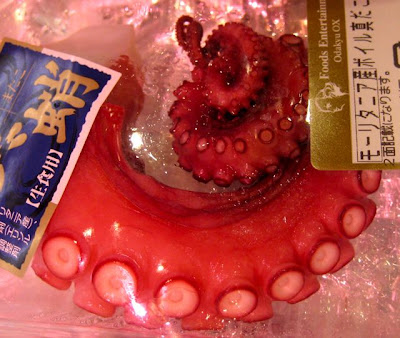 One of my other favorite parts of the trip was seeing all the crazy food options there are in Japan. We ate lots of amazingly fresh seafood all week long. I had the pleasure of cooking for Kristi, too! Don't worry I didn't cook this...


And I didn't make Kristi eat any crazy or gross paleo snacks: 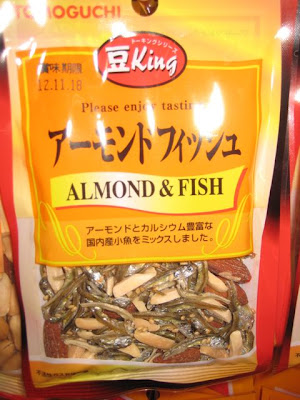 (don't worry, I didn't eat these either!) 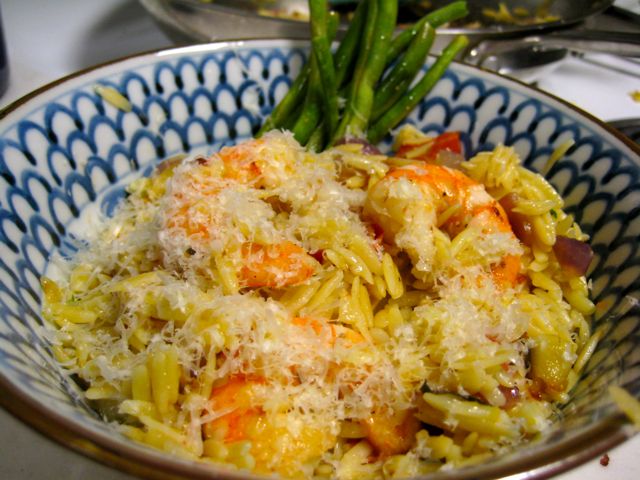 I seriously can't get enough of Japanese grocery stores. Stepping foot in them and seeing all the variety and all the freshness is one thing that does make me excited to leave Guam. Freshness and choices! 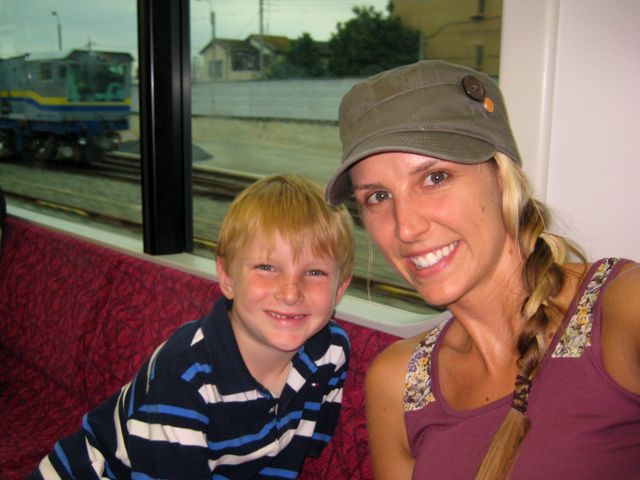 All in all, transforming into Aunt Peyton for a week was pretty fantastic. Thank you Kristi, William and Ryan for sharing your home with me and treating me like family. Crazy that the next chapter continues for both of us in just a few months... on the Atlantic side. Kristi & crew will be in Washington, D.C. by the end of the year, right up the road from us. So glad my friends, my pseudo-family, will be just a three-hour drive away (on a freeway that allows speeds of more than 35 mph!). See you soon!!! Arigato gozaimasu!
Posted by Peyton Roberts at 8:32 PM