I don't know about you, but for me March is one of those months that tends to drag on a bit. Maybe it's because February always flies by, extra short, sprinkled with holidays, and jam packed with birthday fun and 3-day weekend trips. Or maybe I still associate March with being the last month of deployment to trudge through, which is never fast enough. Well, obviously time is going way too quickly out here because I seriously cannot believe it's April already. In addition to painting a mural with my sister, watching Nick crush the XTERRA, and starting a new foodie column, we did a bunch of other stuff this month that I haven't even mentioned. So here, for you, a photo dump of the random things we did here on Guam, home together for an entire month... something I don't think has happened since we moved here! 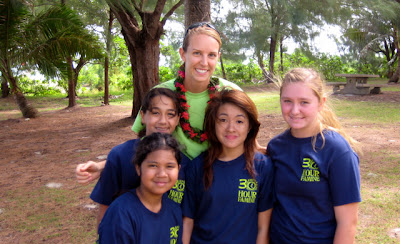 The first weekend of March was 30-Hour Famine with some other youth groups from around the island. Here are me and some of my flock at a beach clean-up at Tarague Beach. At this point we hadn't eaten for almost 24 hours. And we slept on the floor. I am wondering at what age you are officially too old to be a youth director, because I am seriously starting to think it's 29. 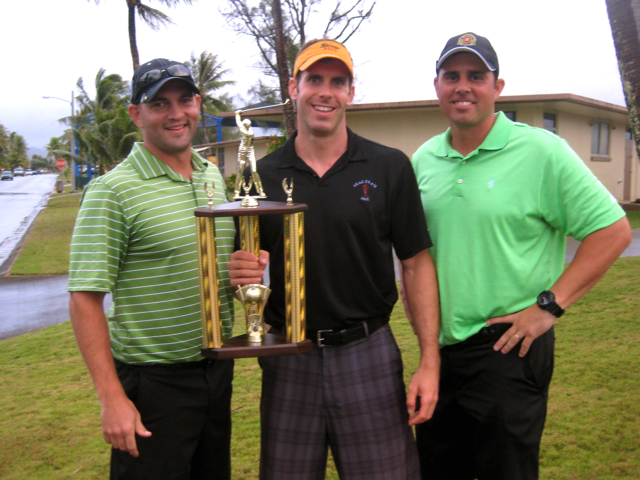 Nick and some of his coworkers put a team together for the golf scramble tournament (best ball) against the other commands from around base... and they won! Together they shot an impressive 63! I was so shocked when Nick showed up at home with a trophy. They even used some of his shots, including some clutch putts. They also did a nice job of coordinating their outfits... 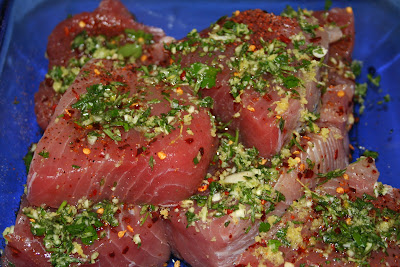 I have been cooking like crazy. Other than Court being here, I can count on two fingers the number of times Nick and I have eaten at a restaurant this month. We hosted our dinner club one night and did a farmer's market theme, using as many locally grown or acquired foods as possible, like this yellowfin tuna from the co-op prepared Mediterranean style with herbs from our garden... yum! We are still eating paleo after 6 months. I will have to post some of my favorite recipes soon. They are delicious and easy whether you care to be paleo or not. 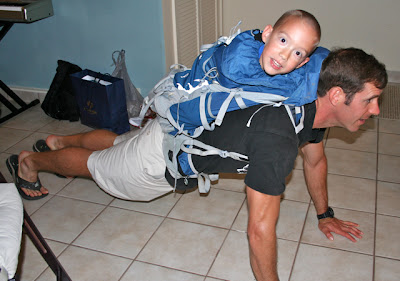 At said dinner party, Nick decided to get in a bonus workout with our friend's son Noah. 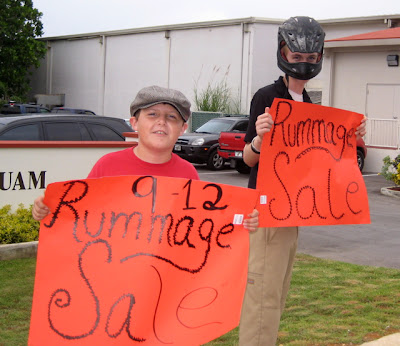 We hosted our rummage sale at church to raise money for our Manila trip. The sale was extremely successful again this year thanks to a big furniture donation by one of our many awesome families.

I competed in a QUAD. What's that, you ask? A QUAD is a triathalon with a fourth competition... Swimming, biking, running, and kayaking! It was a lot of fun and a fantastic workout. 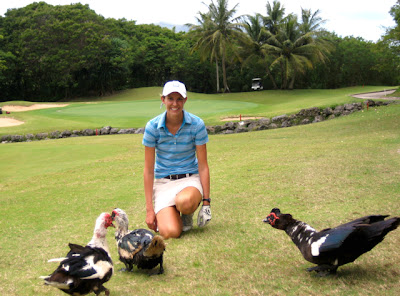 Last week Nick took me to play at a new golf course I have never been to, Onward Talofofo Country Club on the east side of the island. There really is no comparison between this and the other rinky dink courses we usually play here. The fairways and greens were impressively manicured, and the cliffside views of the surrounding jungles were stunning. I could have spent all afternoon here just riding around in the cart staring at nature. The golf was pretty fun too, and unlike the other courses that have chickens, this course had some very friendly ducks. 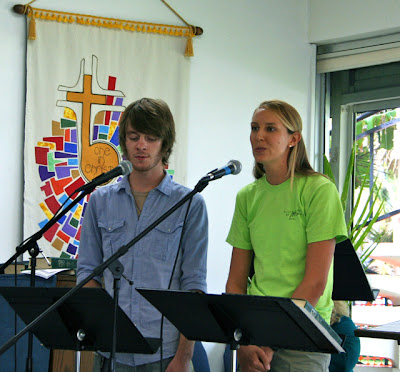 I've also been doing a lot of singing! Our music director Kevin and I have worked together to put together a number of really inspiring arrangements for Lent, adapted from the album by New York Hymns (free download!).

And as for things I don't have pictures of, this month some friends and I started a workout group on the playground in our neighborhood. Crossfit Lockwood meets Monday, Wednesday and Friday mornings. We use the swing set, monkey bars, yoga mats, and steps to put various workouts together. Despite being really hard, the workouts are actually a lot of fun in a small group like this. There's great accountability, built-in cheerleaders, tons of workout variety, plus the bonus of getting stronger and faster along the way.

It's so strange how this island warps and transforms itself every so often. I am loving my weekly routine here and only wish it weren't making the weeks fly by so quickly. Won't be long (only a few days actually!) until this season at home comes to an end and another season of travel begins!
Posted by Peyton Roberts at 12:09 PM