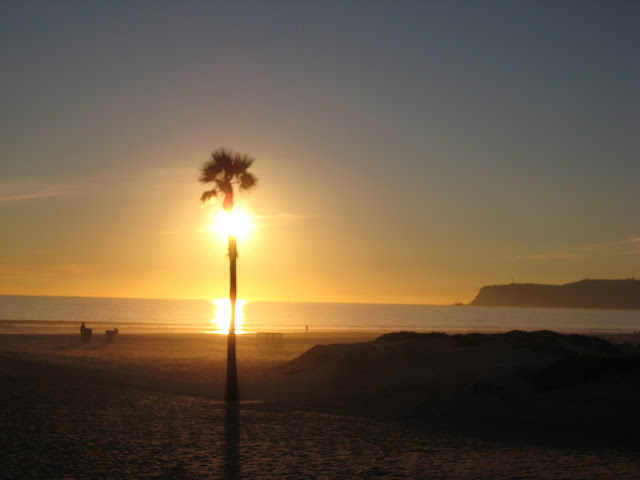 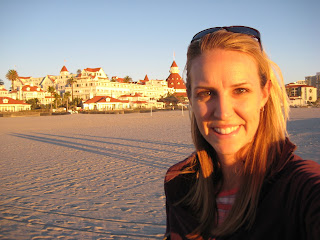 Looking at this picture of a regular ol sunset over Point Loma, part of me still can't believe I was so lucky to live just a few blocks from this breathtaking beach for nearly five years. While visiting my grandfather in Pensacola was my primary reason for heading back to the States in January, my two stops in San Diego on my way in and out of the country were what I was most looking forward to when I left Guam. Pensacola and Houston still feel like home, no question, but stepping foot back on Coronado Island, it was hard to believe I actually live 7,000 miles away. 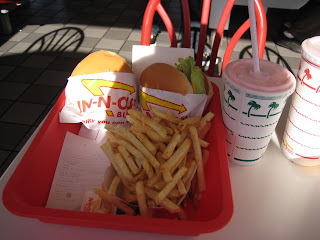 Part of the beauty of visiting somewhere you used to live is having the ability to sync back into a familiar lifestyle. My very prego friend Mallory picked me up from the airport on Monday afternoon and we immediately headed to Trader Joe's for some heavenly grocery shopping of my regular favorites (lobster ravioli and goat cheese brie!!). After TJ's, we ventured off to lunch at one of the places on my list: In N Out Burger! This is still the only fast food burger that makes the cut for me. So delish, especially when washed down with a strawberry shake.

After these first essential errands, I went for a run on my normal running route through my old neighborhood and then down beautiful Coronado Beach. I ate my Trader Joe's dinner with my hostess and dear friend Liz, and waited for my favorite part of my old week to start: Monday night Bible study. In fact, my Space-A goal was to make it to San Diego in time for this, and accomplishing this was well worth the effort! There was an amazing group of women there that night, including some of my absolute favorites. I selfishly regret not forcing the masses into a group picture, just so I could take all their faces with me again. 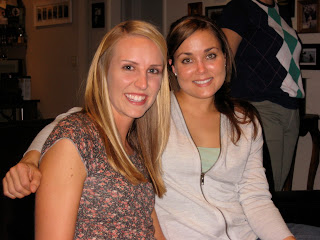 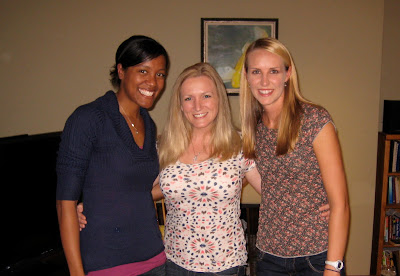 In addition to my Bible study, the other amazing group of women in my life are my San Diego wine group. I've written about these girls before, naming them as the big tug for going back to the States when I did. Many of the girls were at a crossroads in January. Whether starting new jobs, moving across the country, or having a baby, there were some big life moments going on that would bring everyone together one more time. Plus, my friend Ashley who lives in Guam would be there too after the holidays. So almost all of us could be together at once and it would be refreshingly like old times. Well, it was exactly that. And I'm pretty sure none of us wanted it to end. 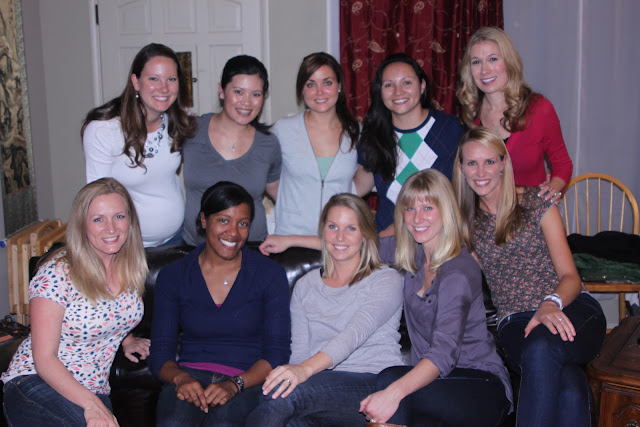 The Wednesday evening absolutely flew by. In some regards there was so much---even too much---that had changed. And in some ways, it was as if nothing had at all. Up until the point where the night ended, I had to remind myself over and over that I don't live here anymore. It all just felt so real... and normal. 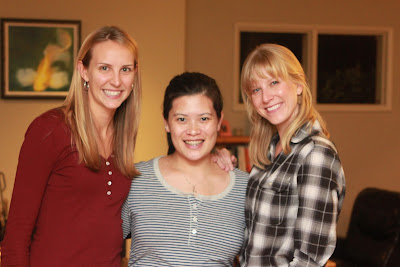 In hindsight, I am especially glad I was able to be there for this night. With so many big life changes about to happen, I feel like we all needed to be together one more time. These are the women who have seen me to the other side of so many of my life's changes. I don't think I function nearly as well without them in my life every week, and I hope enough of them are still around in 18 months when we move back to San Diego. I'm going to need more of this Vitamin F.
I spent the rest of my first week in Coronado visiting past coworkers from the Police Department, grabbing coffee with youth group kiddos, and even meeting up with a few new friends I've made or reconnected with since leaving San Diego. When I left to head to Pensacola and Houston, I hadn't seen nearly enough people, though, or crossed off many of the things on my San Diego wish list, so I was sooo glad to be coming back again.
San Diego - The Last Days 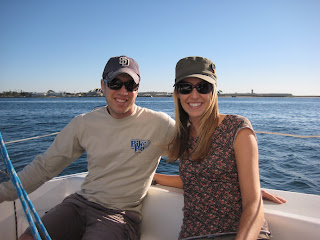 Fast forward nine days and I found myself heading back to San Diego after Florida and Texas. I was excited about this extra visit, but a little intimidated about having to fit the rest of my San Diego wish list into just over 48 hours before starting the long trek home. After another fabulous dinner at Ben & Huy's, I woke up Sunday morning and went to my old church service, then, like clockwork, headed over to the marina where I met my very reliable sailing buddy Tim and his new girlfriend for a Sunday afternoon sail. It started off a little slow (and by slow, I mean absolutely zero wind). But by the end of the day, we were flying! It was exactly what I'd hoped for. 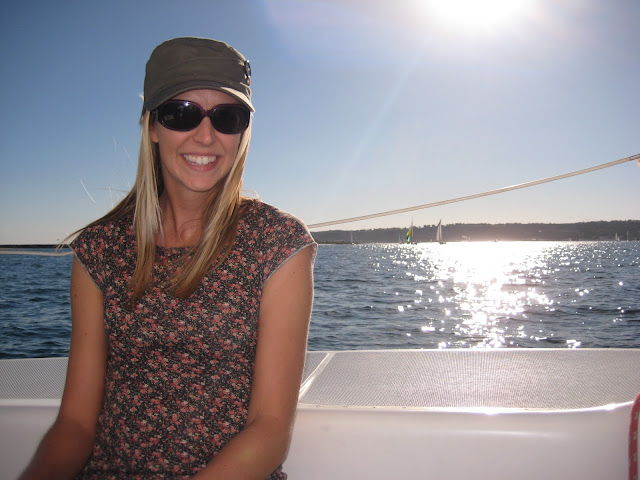 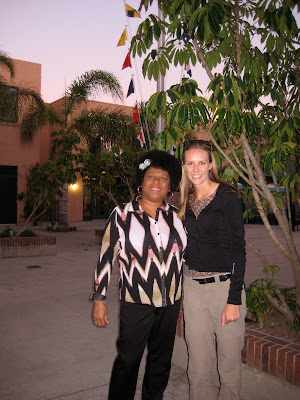 Continuing on with what was becoming a perfect San Diego Sunday, I grabbed frozen yogurt at my friend Veronica's shop Cup of Yo and then met my other friend April for dinner. April and I worked together at the American Red Cross four years ago on a powerhouse fundraising team. At the time, I was a very naive 23 and thought I had figured out just about everything. April provided me with some very important insight, namely the fact that I didn't know everything. With a few more walks around the block, she had life experience that my peers and I didn't, and I learned so much from her. We also discovered we have complimentary talents. She loved to write, and I loved to edit. I helped her self-publish her first book of original poetry, Utter Magic. It was a very rewarding project for both of us, and one I am grateful to have been a part of. The best part was April was working for Origins/Clinique, so rather than charge a friend by the hour, I got to invoice her in beauty products and makeup!! April is one of the friends who has been so great at keeping in touch when I'm in Guam. She's not afraid to call me on her cell phone even if it means it may charge her more. She texts me, snail mails me, and generally treats me like I'm still right down the street, which I love :) That all made it easy to get caught up quickly, but one visit just wasn't enough. Even so, I was thankful to have the time we did. 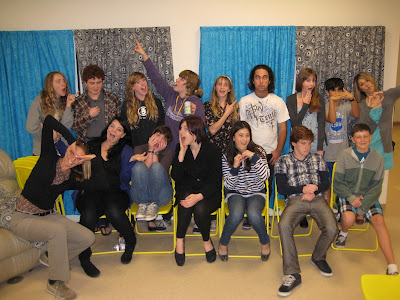 Moving on on this epic day, I rounded off my Sunday evening doing the same old stuff: youth group! Eighteen youth showed up Sunday night for a mini-reunion of Seven, the youth program I helped lead at my church. It was volunteering with this group that eventually led to my being qualified to help with the youth at my church in Guam (and get paid... weird). It was SO great to reconnect with all of these guys and girls. It's amazing how much older they all looked in just six months. It was a blast of a night playing our same old games and having our same old discussions (pows and wows!). 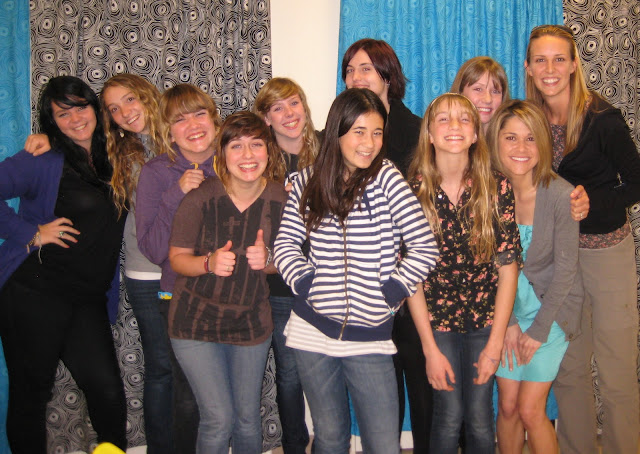 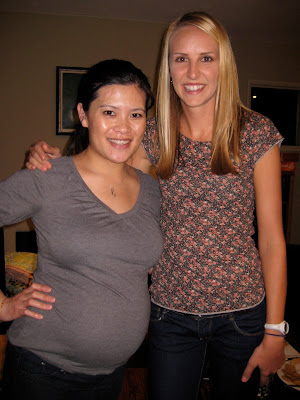 I spent my last day in San Diego jetting from one last post office run to coffee with my friend Gemma, lunch with Huy, last chance salon appointments, last go at USA shopping, final Barry's workout with Jeanna, and finally, one more Monday night Bible study to soak in. It was a fabulous last day in the States, and with all of the goodbyes I had to say, I managed to completely lose it only once. The feeling was eerily reminiscent of the day a dozen years ago when my grandmother drove me to the airport in Pensacola so I could fly back to Houston after my first visit with all my old friends since we moved to Texas after 10th grade. I pretty much bawled my eyes out. It's just so hard to leave a place that feels like home for another place that doesn't but is.

I guess as a Navy wife, I like to think that with age and experience I have grown somehow wiser and become, perhaps, more adaptable to transience than when I was younger. But, just as I experienced getting out of my parents' car at the airport in Texas a few days earlier, you're never too old to cry a little (or, okay, a lot) when you have to say goodbye to the people you love. Over time, a little piece of you grows into them. So when you find yourself on that sad day when you have to walk away from that last hug, there's a piece missing that no one else can give back to you. And it hurts. And that's okay. Because it's these bits and pieces of the people we love who make us who we are... and keep us coming back for more.

Stay classy, San Diego. Thank you all for an amazing visit, and I hope to find myself there at home again on your sunny shores soon.